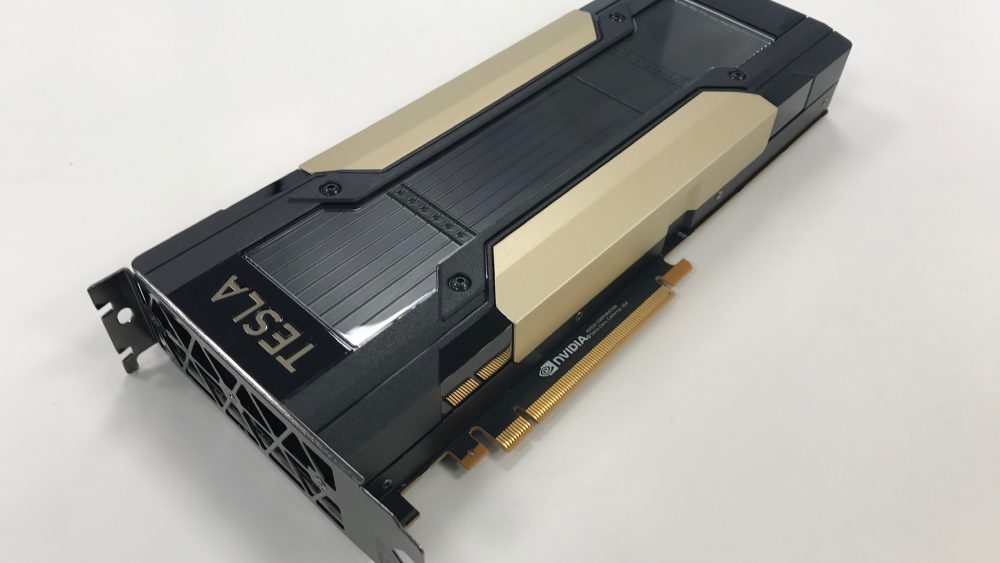 Thanks to the new nVidia Tesla V100S cards, our GPU computing center has dramatically increased its performance.

“NVIDIA® Tesla® V100 Tensor Core is the most advanced data center GPU ever built to accelerate AI, HPC, data science and graphics. It is based on the NVIDIA Volta architecture, available in 16 and 32GB configurations and offers the performance of 100 CPUs in one GPU, enabling scientists, researchers and engineers to tackle problems once considered unsolvable.

With 43,000 Tensor cores, Tesla V100 is the first GPU in the world to break the record of 100 teraops (TOPS) of deep learning performance. The second-generation NVIDIA NVLink ™ system connects multiple V100 GPUs at up to 160 GB / s to create the world’s most powerful processing servers. AI models that would require weeks of computing resources on previous systems can now be trained in a few days. With this substantial reduction in training times, a whole series of problems will now be solved thanks to artificial intelligence.

HPC is a fundamental pillar of modern science. From weather forecasts to the detection of drugs and the search for new energy sources, researchers use huge processing systems to simulate and predict our world. AI expands traditional HPC by allowing researchers to analyze huge volumes of data by obtaining useful information where simulation alone would not be enough to produce realistic simulations. ”

Thanks to these new infrastructure investments, we are increasingly supporting our customers and their AI-based solutions.